Share a memory
Obituary & Services
Tribute Wall
Read more about the life story of Demetrius and share your memory.

Demetrius DeJaunte Allen known to many as "D-Train"  passed on to eternal life on January 5, 2023 in Arlington, Tx.

Demetrius was born to Felicia Helaone Allen and Duane Scott Neither on January 28, 1989.  He was later adopted by his grandparents Mac & Janice Allen.  He was raised in the household by his aunt, Casanta Allen and uncle, Esaaic Allen Sr.and cousins Tylan Allen, Abrianna Jones Esaaic Allen Jr. and Garyon Cunningham that he considered his siblings.

He was born and raised in Danville, Il. and later relocated to Dallas, Tx.  He graduated from Danville High School. He attended North Texas Job Corps in McKinney, Tx and received a trade certificate in brick laying. He also attended truck driving school in Tx and received his CDL license.  At the time of his demise, he was employed at Saddle Creek Logistics.

Demetrius was a loving, lively, energetic and out going individual and most definitely a go-getter. He was and entrepreneur and started his clothing line "Be Different".  He definitely never met a stranger He could turn an upside down day upright.  No matter what the problem was he had a joke for you to brighten your day.  He loved life and was absolutely big on family.  He completely loved and adored his children. He was very head strong and adventurous. He had a passion for sports and gaming in his pass time.

Funeral service will be held on January 14, 2023 at Kingdom Manifesters Church in Fort Worth, Tx.

To send flowers to the family or plant a tree in memory of Demetrius "D Train" Allen, please visit our floral store. 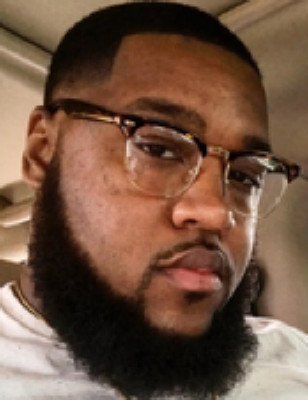 Family and friends are coming together online to create a special keepsake. Every memory left on the online obituary will be automatically included in the book.

You can still show your support by sending flowers directly to the family, or by planting a memorial tree in the memory of Demetrius "D Train" Allen
SHARE OBITUARY
© 2023 Leek & Sons Funeral Home. All Rights Reserved. Funeral Home website by CFS & TA | Terms of Use | Privacy Policy | Accessibility